A lovely order from Clare for Stephen's birthday: both a fun commission of 12 space-themed cakes AND the invitation to go round and help them eat them!

I made chocolate Guinness cakes (because that's all I seem to bake at the moment!) with cream cheese frosting. The toppers were made from fondant icing, and some hundreds and thousands to represent the asteroids!

(there's nothing I love more than geeking out about a subject- so not only did I do my best to recreate the look of the planets, I also wanted them in the right order. Between creating them, I spent my time online, checking the placement of the asteroid belt and the Kuiper belt. I also felt a little "not to scale" proviso was in order!) 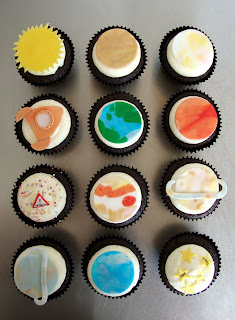 12 Solar system cakes: Sun, Mercury, Venus, (a rocket), Earth, Mars, asteroid belt, Jupiter, Saturn, Uranus, Venus and some stars (or the Kuiper belt, as I like to think of them) 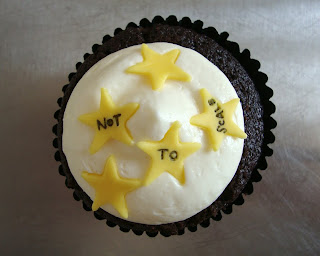 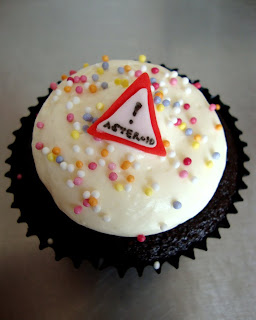 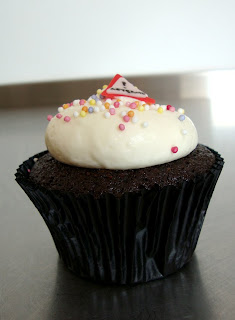 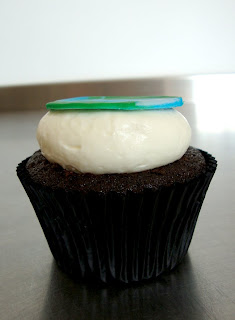 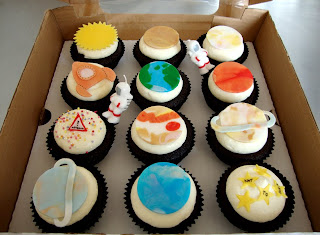 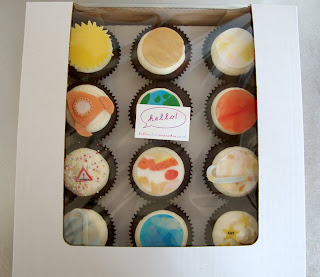 ready for blast off to Stephen's.
Posted by Able Baker Charlie at 11:04

Able Baker Charlie
I used to bake cakes from home. Now I bake cakes at work.